Beginning Mileage: 133,400miles
Todays miles: 146
YTD Miles: 146
Major Rivers Crossed: Mississippi, St. Francis, Current
I left Troy’s in Poplar Bluff Missouri for Arkansas, destination Piggott. Arkansas seems to have limited attractions (this week: Diamond Mind and River float) so I may owe the state another visit. This leg of the road trip starts in from SEMO (southeast Missouri) and heads west/southwest from there, putting most of Arkansas in the opposite direction.

Piggott is a town just over the state line from the ‘bootheel’ area(look at a map) of Missouri, and even though I know of no cousins, aunts or uncles ever living in Arkansas it has a ssignificance to my Littrell family. Piggott is what’s known as a ‘marrying town’ 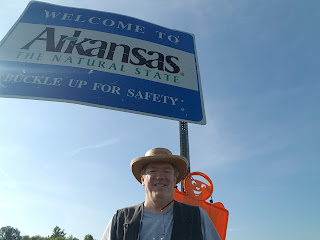 It lies near the Arkansas/Missouri state line, which puts the town as prime candidates for what was sometimes referred to as 'runaway wedding towns'. A town where less restrictive marriage laws on their side of the state line made them destination for lover's on the other side of the state line. Some runaway towns even had a certain appeal to residents within the town's own state even though the lax laws of the state applied to them statewide. Ministers or justice of the peace who "didn't ask a lot of questions" were well known in these border communities, which made them appealing to even an in state elopement.
Almost half of the ten sets of aunts and uncles that lived in Missouri were married in the small town of Piggott, Arkansas even though no one in the family ever lived in Arkansas. Dad said that he and mom went to Piggott to get

married because Arkansas didn’t have a three day waiting period to (license to ceremony) get married. In talking to a librarian at the county library I found out that the town did have a Justice of The Peace who was known as the ‘marrying judge’. It would be interesting to compare the marriage license of our aunts and uncles to see if they all caught the same judge. I visited the county library in the hopes of researching the family marriages there, but they have had little research done on that period of time. The only record was for the marriage of Uncle Les and Aunt Evelyn.
Any hopes of seeing where our aunts and uncles were married some 80 years ago were dashed when I discovered the old courthouse was torn down and replaced about 20-30 years ago. 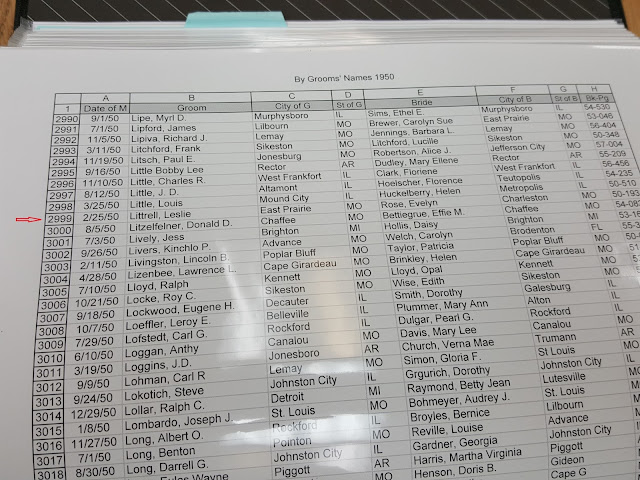 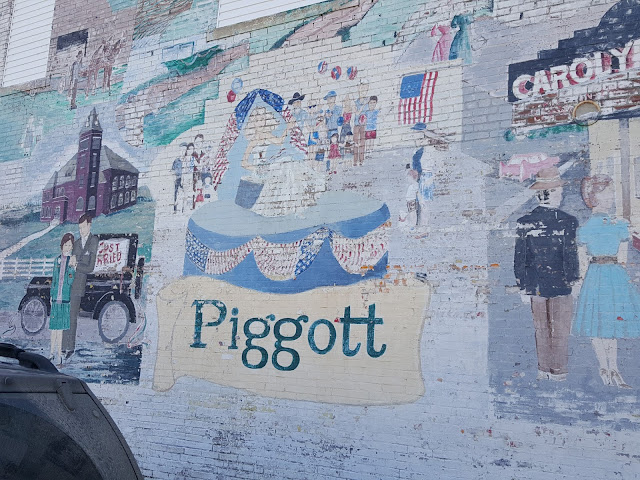 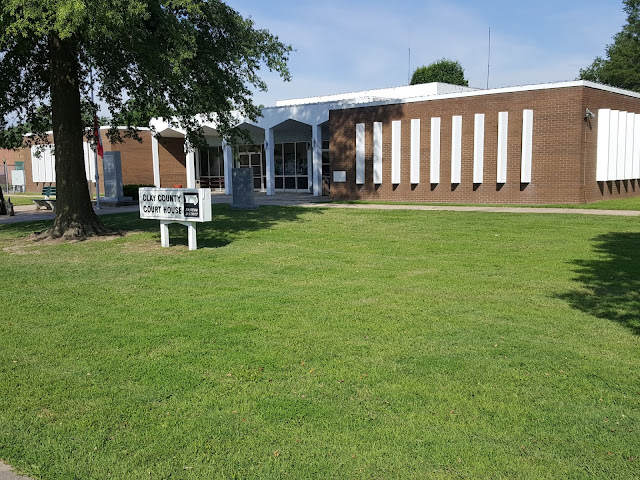 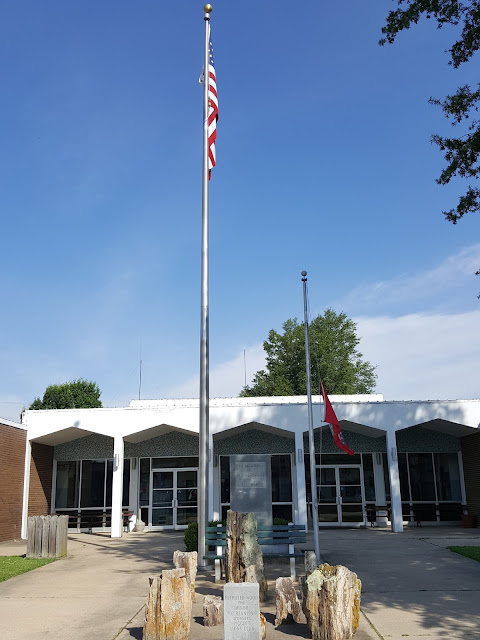 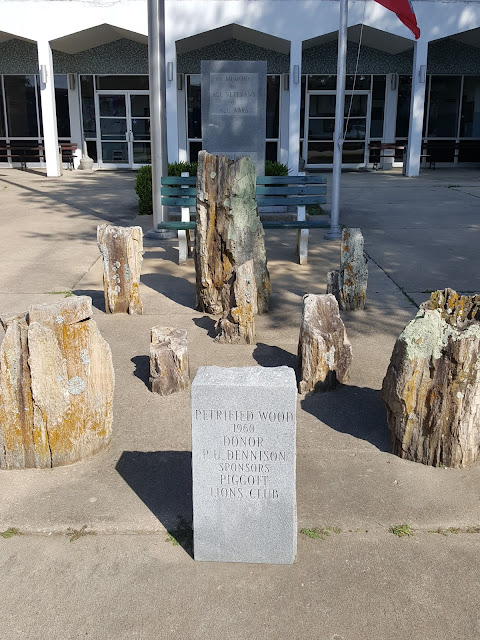 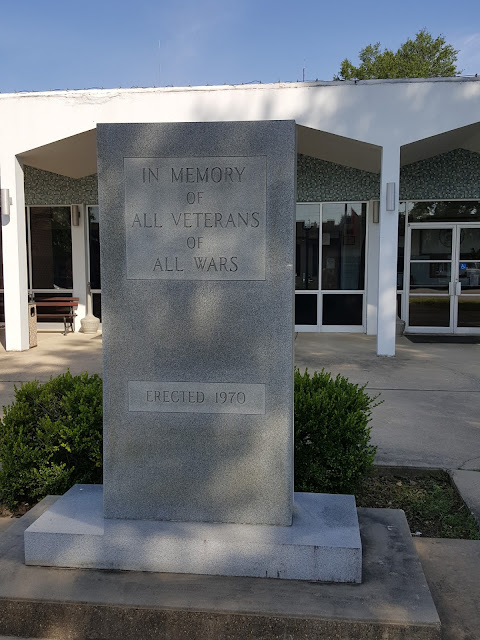 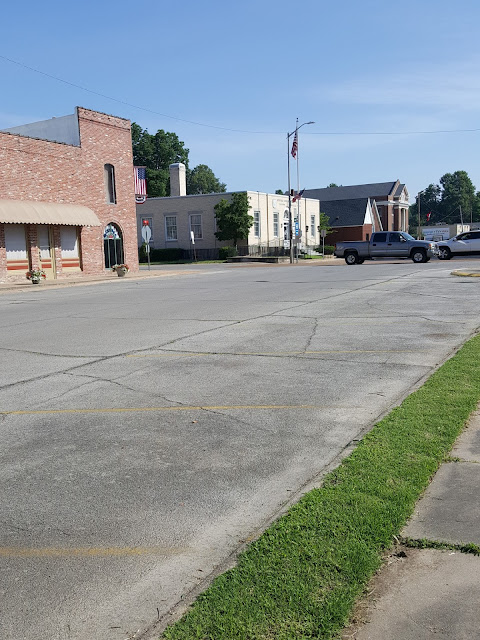 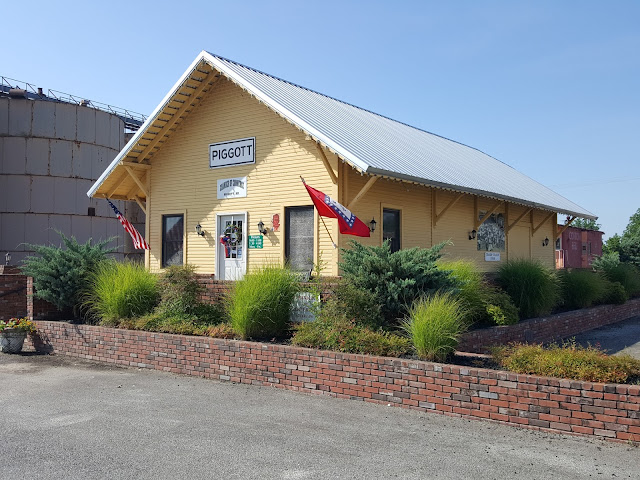 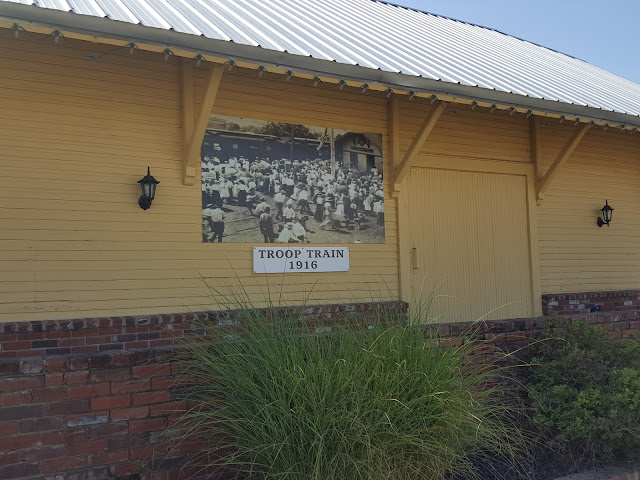 CLICKING THE PICTURES SHOULD ENLARGE THEM 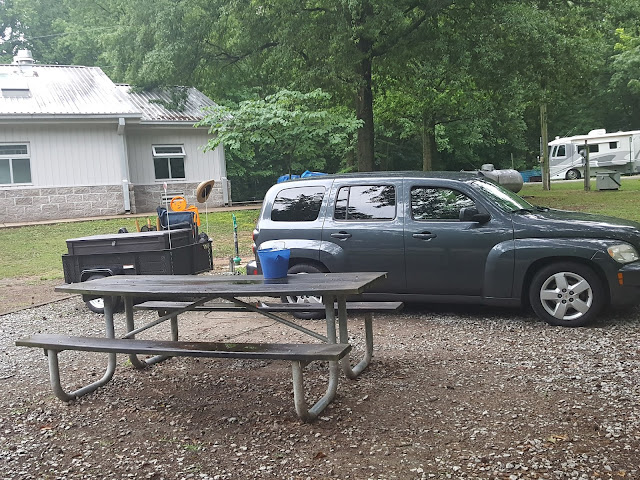 Next stop is Tunica Mississippi, but spent first night at the T.O. Fuller State Park across the state line in Memphis, Tennessee.
This post is from my 49 State Road Trip Journal. Once the Journal is complete it will be migrated to this Blog (KGEA). Until then you can view that Journal by clicking here.
No comments:
Email ThisBlogThis!Share to TwitterShare to FacebookShare to Pinterest
Location: 49 States Road Trip, Arkansas

The Natchez area of the Mississippi River, since the 1600s, has been the home to the Natchez Indians, the French, the British, and then the Spanish. In 1798 Mississippi became a U.S. Territory and in 1816 it became a state. Throughout this period Natchez was a center of commerce. Its fortune tied to fur and goods being brought down the Mississippi from Kentucky and Tennessee for trade and transport to New Orleans and beyond. Later it thrived on the cotton and slave trade.

Natchez on the Hill