GRAVE IN THE MIDDLE OF THE ROAD. 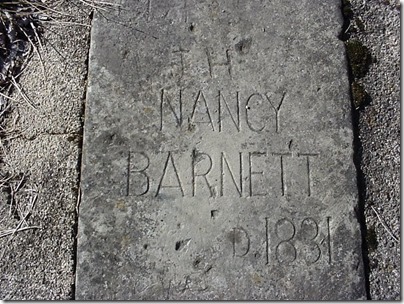 In 1808, a 14 year old girl named Nancy Kerlin married a man named William Barnett, and the two lived happily, having 11 children. Nancy and William lived near present-day Amity, a small community south of Franklin near Sugar Creek. Amity wasn't actually founded until a number of years later in 1855.

Nancy passed away in 1831, and in keeping with her wishes, William buried her at what was apparently one of her favorite places; a hill with a beautiful view overlooking the creek. Nancy was the first to be laid to rest there, but before long, other locals were buried there and a cemetery grew around Nancy's grave. 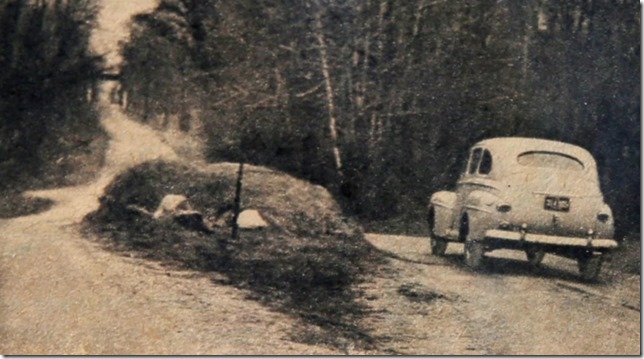 Over time a foot path developed through this small cemetery and in the 1900s a county road was planned through it. Johnson County officials decided to build County Road 400 right through Nancy’s grave site. When workers arrived to move Nancy’s remains in 1905, local historians say they were greeted by her grandson, Daniel G. Doty, standing vigil with a shotgun in hand. 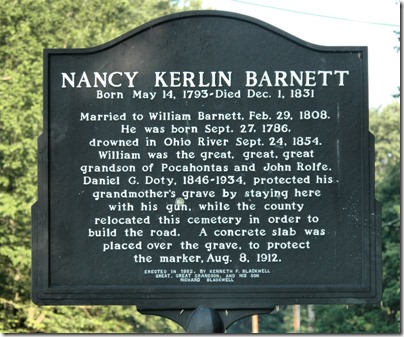 For weeks, Daniel stood vigil, defending Nancy's final resting place, until every road worker was too terrified to cross his path. At this point, the county relented, and simply split the lanes right down the middle and worked around the plot. The county placed a concrete slab above the grave to protect it from inattentive drivers, and in August 1912, it was officially granted a historical marker, presumably to keep people from asking why the heck there was a giant hill in the middle of the road.

The other graves in the cemetery were moved, but I found no record of where they were moved to. There are three visible cemeteries within a mile and a half of Nancy's.1 The closest one was about a half mile west of Nancy's grave setting back from the road, This is the Armstrong Cemetery.2 While visiting one of the other two cemeteries a woman told me that the Armstrong Cemetery is where the other graves around Nancy were moved to. 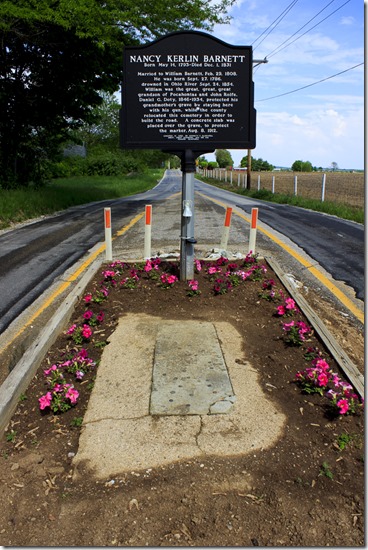 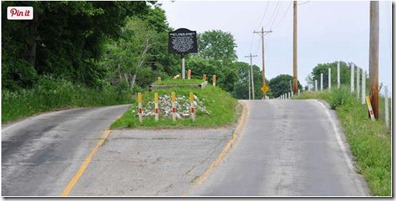 The cemetery is also known as: Anderson and Israel Cemetery. There are three Armstrongs, two Israels, and no Andersons buried there, and no surnames that relate to Nancy's story. On the other-hand, of the 60 graves in this cemetery all predate the moving of graves from around Nancy and none of them predate Nancy's burial in 1831. The earliest tombstone date is 1834, three years after Nancy death, so all the graves in Armstrong 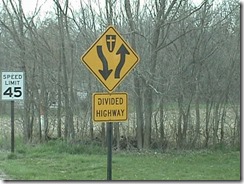 fit with being buried between Nancy burial and the movement of the graves around her. On the day I visited there was no sign of the Historical Marker.

Another Intrusion on Nancy’s Grave:

In May of 2016 Indiana Road Crews and Archaeologist closed of East 400 South to temporarily exhume Nancy's remains and repave the road.

Archaeologist Chris Schmidt and his students will move Barnett's remains temporarily and do some tests on the remains. Later this month, crews will rebuild and lower the burial mound, widen the road and build a new protective barrier for the 185-year-old grave. When that's done, Barnett will be returned to her resting place. The site has been the victim of traffic accidents over the years. The goal is to make the grave safer for drivers and Barnett's memory.

The two-lane country road was built around  what historians had mistakenly believed was Barnett's solitary grave. The excavations have now revealed that there were 7 sets of remains under the road. These remains are probably from unmarked graves that were overlooked in the 1905 relocation.

The recovered bones are being kept at University of Indianapolis in a secure facility. County commissioners voted to pay for DNA analysis on the bones and on Barnett’s living descendants for comparison. They expect the testing will cost about $6,000.

When the tests are done and the road work is complete, the seven sets of remains will be placed in new coffins and respectfully reburied in the mound overlooking Sugar Creek.

1There are actually at least 5 within a short distance

2There is no signage, I later found it on the Find A Grave websites map. 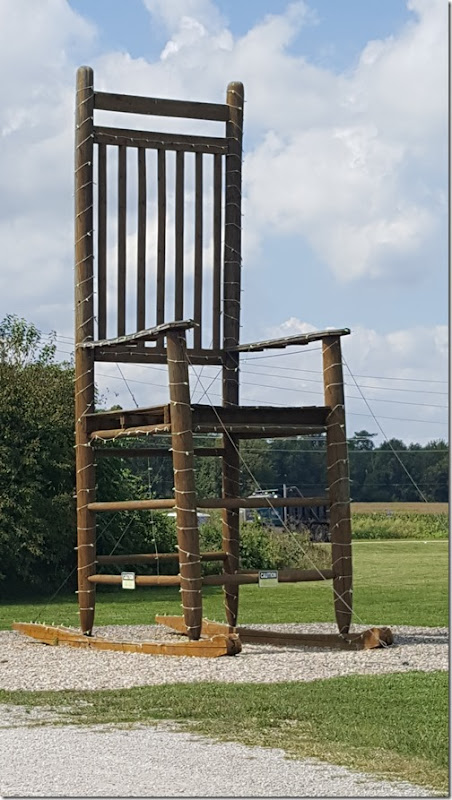 Near (west of) Nancy's grave on the highway is what is purported to be the Worlds Largest Rocking Chair. A claim made by several other rocking chairs that appear to be much bigger, and of better design, but this one is big nonetheless.

Email ThisBlogThis!Share to TwitterShare to FacebookShare to Pinterest
Location: Indiana