We got off the boat and walked the port area until it was time to meet for our white knuckle speed boat ride.

Crowded little streets in the bar/shopping district.  Kelly bought some sandals at a little shop [Kino Sandals] where 50 years ago a Cuban couple escaped Castro’s Cuba and started a little shop where they hand make leather sandals right there.  Supporting American made products!!!!  I got some shades for my glasses because the sunlight here is nearly blinding.  This place is wall to wall shops and booths, trolleys, tours, rent a this and rent a that.  Every house has been turned into a museum to something or another to the point that some don’t even seem to have a Florida connection.

There’s this little island that visible from the pier where Oprah and other millionaires have a house.  I’ve seen this referred to as Tank Island, Sunset Island and Sunset Key. They aren't allowed boats and the only way to get to the island is by a specific ferry that stops running at 10pm and if they don’t make it their out of luck.  Why live on an island if you aren't allowed a boat?  Can’t figure out where their waste goes, water and electricity comes from?  The island is man made. 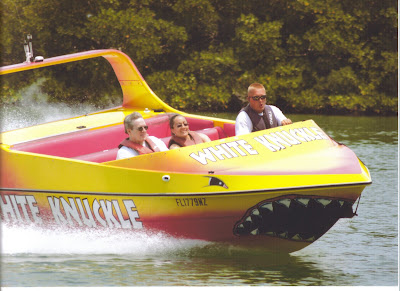 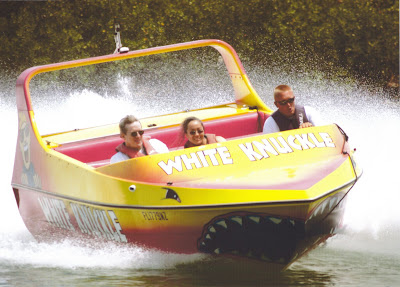 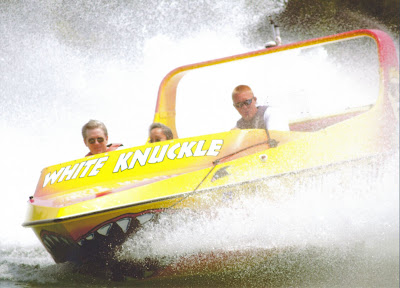 These three pictures are from the first 360 spin near the docks. We were still dry here but when we got out into open water we got soaked good!

The boat ride was wild, we got soaked!  Saw two sharks resting on the bottom.  The boat goes at full speed [about 50 mph] then makes a sharp turn while killing the motor which results in a 360 degree spin and the boat ends up going backward to a stop.  The boat also does fish tails and side way slides.  We were the only ones on the boat because everyone else booked through the cruise lines and went earlier, as usual by booking ourselves online previous to the cruise we got a better deal and more personal service.  Normally the ride is 30 minutes but we were out about 45-60 minutes.  The business is owned and operated by a Michigan family that migrated to Key West to open it a few years ago.
If your ever in Key West, it doesn’t matter if your on a cruise or not, the kids will love this. 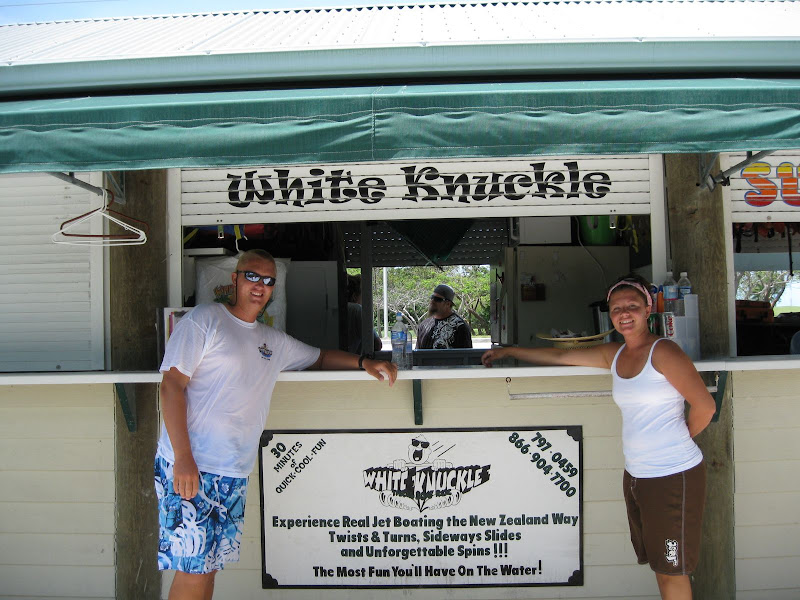 Kelly’s down at the crap table and I haven’t even come close at bingo. Tomorrow I’m trying the Slot Tournament.  Still haven’t stopped eating, got a sunburned nose and forearms and feet but not too bad.